On Sunday 5th June, the 16th annual Causeway Coast Ford Fair will take place at West Strand, Portrush with the help of our partners TrustFord – the world’s largest dedicated Ford dealer group, Capri Club NI, RS Owners Club and Causeway Coast and Glens Borough Council, who hope to see thousands of visitors flock to see their favourite Fords from through the ages.

The free-to-attend event is the largest static Ford display event in Ireland, and offers car enthusiasts and the general public the opportunity to browse through years of Ford heritage, with over 400 vehicles on display.

Previous years have attracted upwards of 10,000 visitors, and the family fun event has raised thousands of pounds for charities, including British Heart Foundation, Cancer Research UK and Cancer Focus NI. This year we are delighted to announce that our chosen charity is RNLI.

Every day of every year, people of all backgrounds get into danger in the water. It’s a problem that the RNLI are here to tackle.

Today, with your support, the RNLI are working harder than ever to end preventable drowning. In addition to their 24/7 search and rescue lifeboat service, they operate a seasonal lifeguard service.

TrustFord, the event’s main sponsors, will also be onsite to welcome you to the event. With a wide range of new product on display, the sales team will be able to show you the newest Ford vehicles with the most advanced technology, you may even be lucky enough to get a sneak-peek at some never before seen vehicles.

Dermot Rafferty, General Manager TrustFord Northern Ireland, said: “This year’s Causeway Coast Ford Fair is set to be another huge success. We’re excited to be partnering with RNLI this year, and proud that Ford Fair has the opportunity to give something back to the local community, who we rely on for support. We look forward to welcoming everyone to Ford Fair 2022, which we hope will be a great family Ford day out!”

Back in 2004, Capri Club Northern Ireland Chairman, Alan Gourley had an idea to have a Ford display in Portrush at the Dunluce Centre. Along with the NI Ford RS Owners Club, Lindsay Ford and Coleraine Borough Council, the Causeway Coast Ford Fair was born. On the committee of the Causeway Coast Ford Fair are members of Capri Club Northern Ireland. 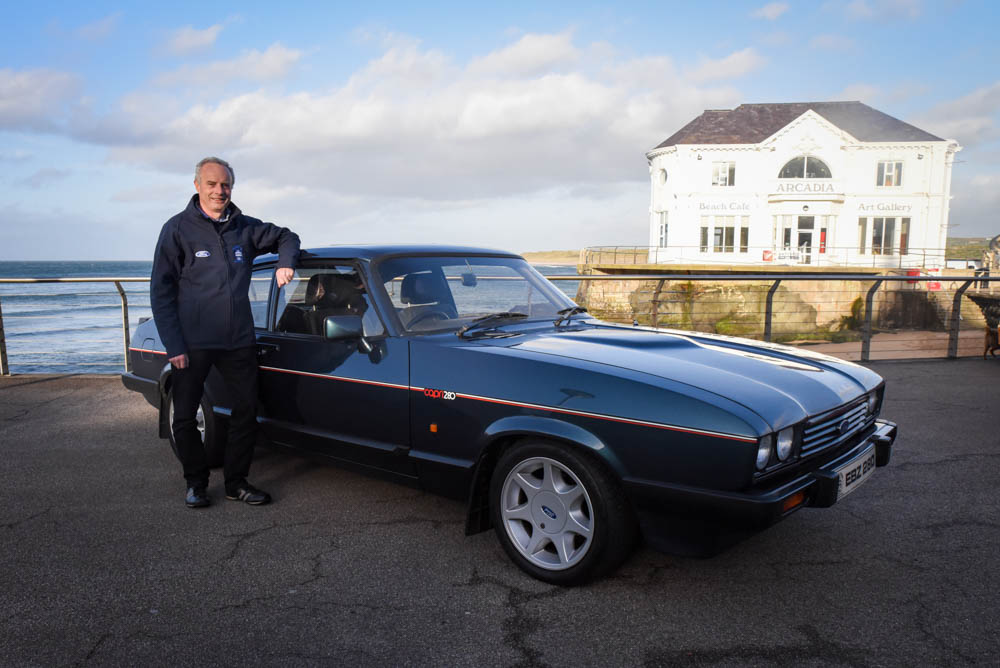 The NI RS Owners Club formed in 1992 and has shown a recent resurgence in motivation, activity and an increase in membership as a result. It is run by the members for the members, with a strong committee dedicated to ensuring that things run smoothly.

They make up the largest club stand at Ford Fair, and will have one of the last 50 Ford Focus RS, Heritage Edition, on display. Feel free to come and say hello, grab a coffee and have a chat, everyone is welcome. Check out their website for more information: www.RSOCNI.co.uk

The Causeway Coast Ford Fair (CCFF) is the largest car display event to be held in Ireland each year. The event attracts upwards of 10,000 people each year, with over 400 Ford vehicles including vintage, modern and sport on display.